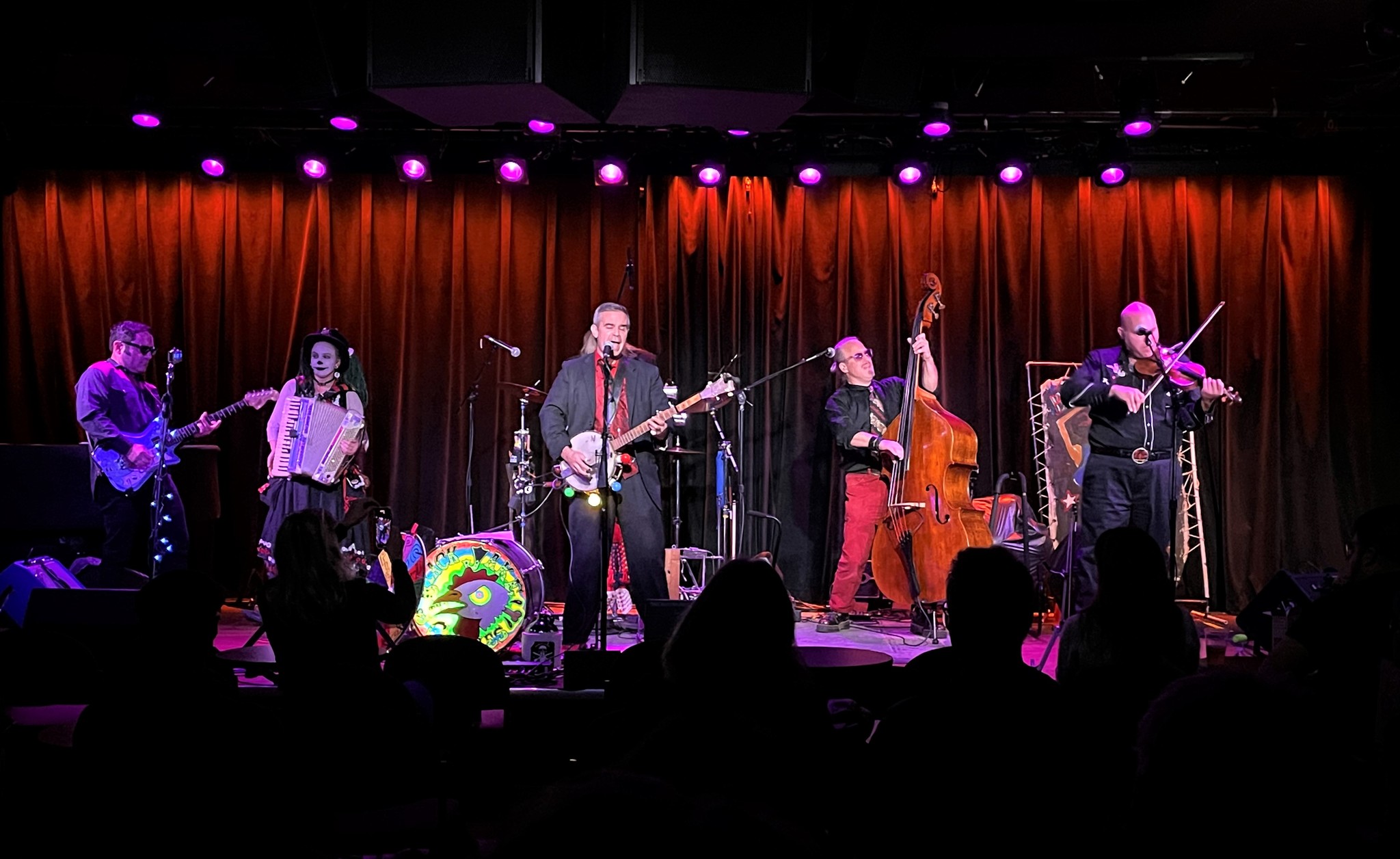 Think of a carnival, or indeed a carny, and it’s very likely that images of bearded ladies, mustachioed strongmen, trapeze artists, wolf boys, monkey mermaids and the like will come flooding into your mind. Add a healthy dash of punk energy and old-timey music, and you have Ypsilanti, MI based Black Jake & the Carnies.

Dubbed “The Original Kings of Crabgrass,” the band plays a unique style of original bluegrass sprinkled with a little spaghetti western, punk, and Vaudeville that people love to dance and get wild to.  Add in the band’s essential crowd interaction activities and various hilarious carnival gimmicks and you have a surefire recipe for fun!  Because of this, the group has been accused of being a “party band” because people can’t help joining in the fun and dancing to the high energy show.

The Ann Arbor/Ypsilanti-based band has hours of original music to play,

These Carnies create sounds that make Tod Browning’s Freaks look positively conventional. The glorious dichotomy is that the tunes are catchy enough to be disconcertingly accessible. You are, indeed, one of us.

The Carnies set fierce murder ballads, dark warnings, and a certain tough rust-belt revivalism to the beat of an old-time string band. This quintet offers a unique blend of Americana, bluegrass, and punk, as well as a stage show that can be very unpredictable (you may have foam rubber balls thrown at you if past performance is any predictor of future results). Steve Leggett of the All Music Guide writes that Black Jake plays “a kind of raucous acoustic Americana that tosses post-modern Appalachian murder ballads, Irish drinking songs, skewed, twisted love songs and general cautionary tales into a stylistic blender that has them sounding like nothing so much as a maverick, hopped-up punk polka band in full 21st-century everything-fits jug band mode”—and that just about covers it! The Carnies are from Ypsilanti, but with performances at Nashville’s Music City Roots and beyond, their dark legend is spreading.